Home / News / Into the lighter world

Into the lighter world

Summary:At the end of the 19th century, the Austrians invented a metal wheel lighter; in 1911, a button-type...
At the end of the 19th century, the Austrians invented a metal wheel lighter; in 1911, a button-type semi-automatic lighter appeared; in 1926, the famous Lansen Company produced a fully automatic lighter; in 1948, the French Dupont Company produced a gas lighter.
my country popularized lighters in the 1980s. Before the 1960s, gasoline lighters were mostly used; in the 1970s, piezoelectric ceramic and integrated circuit lighters came out one after another; electronic lighters appeared in the 1980s.
The history of lighters condenses a history of the development of human civilization. Because fire played a decisive role in the early civilization of mankind, and mankind's understanding of fire has also experienced a process from fear to utilization. Fire brings warmth and light to mankind and is closely related to the benefit of mankind. The advent of modern lighters has raised the history of mankind from the primitive society’s wood-based fire extraction, the Iron Age’s sickle-stone fire extraction, and the modern society’s match-making fire history to a new stage of civilization and has become a symbol of an era.
Someone once joked that the lighter was probably invented for smoking because the frequency of smoking is too high.
With the friction between the gears and the flint and the clear and pleasant sound of the lighter cover being opened, the lighter ignited the tobacco while its brilliant sparks also ignited the smoker's soul. Today's smokers, from the practical aspect, are increasingly inseparable from the lighter; from the perspective of collection, the lighter has become a favorite of men. Today's lighter production has developed from a single practical product to a handicraft, which has a high appreciation and collection value. The shape design of the lighter incorporates modern technology, high-end elegance and extraordinary tolerance. In the floating clouds, the lighter will shine more uniquely.
According to their specifications and use occasions, lighters can be divided into three categories: portable, desktop and craft lighters.
There are many specifications of portable lighters, but there is little difference in shape. The body material is mostly metal and hard plastic. Nowadays, this kind of lighter has become the advertisement carrier of some enterprises or commodities.
Desktop lighters are usually placed in homes or offices because of their large size and heavy weight. Most of these lighters are equipped with lighter bases with beautiful appearance and high-grade materials.
There are a wide variety of craft lighters, with peculiar shapes and dazzling arrays. Some look like household appliances, sporting goods, living utensils, birds and beasts, and some look like airplanes, artillery, ships, submarines, and rocket ships. If the collection is complete, it can almost become a museum of many kinds of physical objects.
Related Products : OUTDOOR STRAIGHT INTO THE LIGHTERS OQ-603 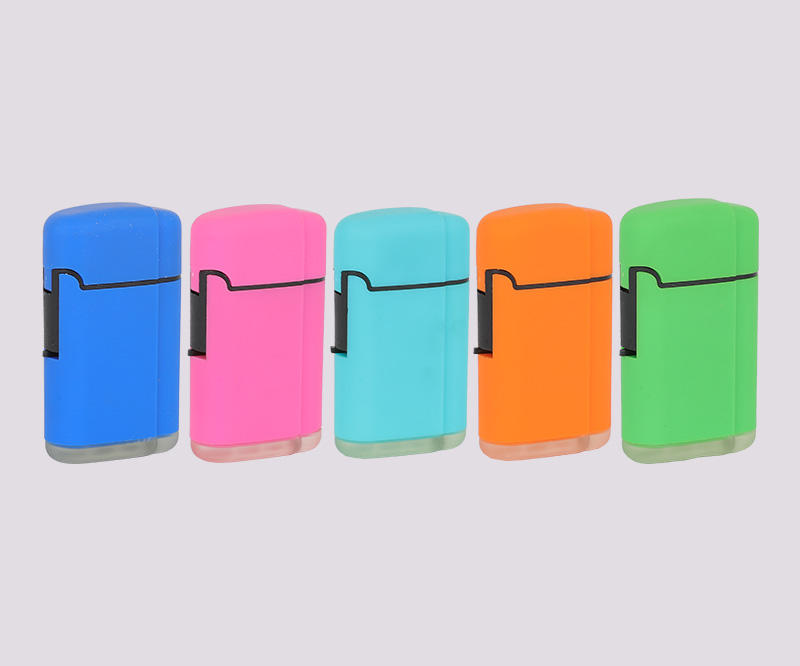