Summary:Many people regard the United States as the birthplace of lighters, but in fact, this gadget that ca...
Many people regard the United States as the birthplace of lighters, but in fact, this gadget that can make a fire originated in the United Kingdom. In 1917, during the First International War, a strange poster appeared at the entrance of some tobacco shops in Britain. A soldier with a cigarette in his mouth, a rifle in one hand and a conference in the other. Burning gadget. Those who do not know the details think that the British army has introduced another new weapon. In fact, it is just the lighter that everyone knows today.
It is reported that this lighter was created by a young Londoner named Alfred Danhill. At that time, he learned that the former sentry wanted to smoke, but often couldn't burn the matches because of the humidity. Therefore, he decided to develop a lighter that is easy to carry and will not be damp. Later, with the help of a chemist, he created a lighter composed of a metal shell and a top cover structure. This lighter was not put into mass production until 1924 after it was improved. Most smokers at the outpost did not have time to use it, and the First World War was over.
The international lighter manufacturing center has now moved to our country. my country has obvious advantages in labor costs. China produces more than 15 billion lighters each year and exports more than 6.5 billion lighters. A relatively complete plastic lighter industry group including raw material supply, component manufacturing, and product assembly has been formed. The main production bases are Ningbo (mainly producing plastic electronic lighters), Guangdong (mainly producing plastic grinding wheel lighters) and Wenzhou (mainly producing metal lighters). However, the industry is highly competitive and highly market-oriented. There are more than a thousand manufacturers of lighters in China, and there are about 30 manufacturers with a production capacity of over 100 million. The world's leading lighter companies include BIC, a French listed company, SWEDISH MATCH, a Swedish listed company, TOKAI from Japan, and FLAMAGAS from Spain. The company's sales rank fourth in the world. TOKAI and my country's lighter manufacturers have accounted for more than 95% of the global market share.
my country has become a major producer and exporter of electronic lighters, and the output value of electronic lighters accounts for 70% of the total international output value.
Related Suggestion : HOME PLASTIC+METAL ELECTRONIC LIGHTER OQ-833 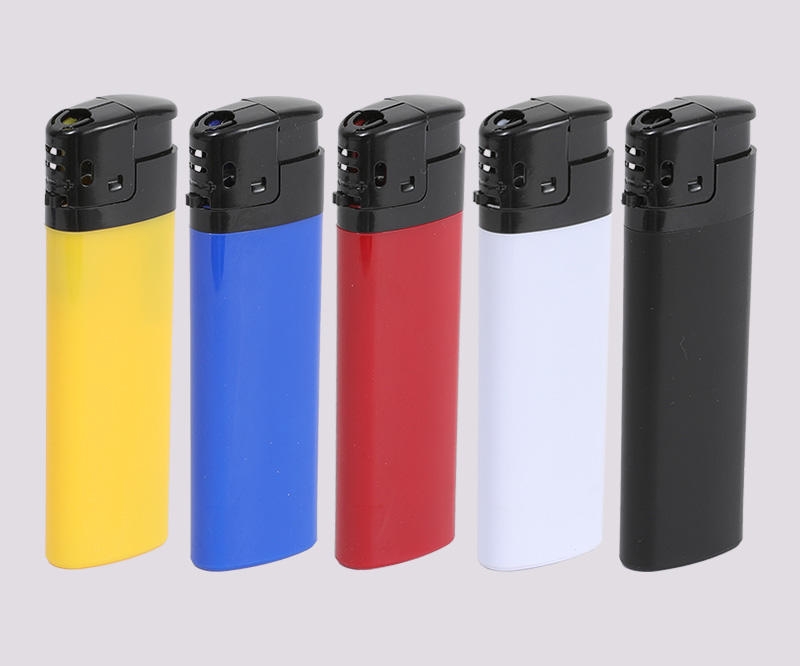 PREV：What are the definitions of lighter terms?NEXT：How to replace flint?