Summary:A few decades ago, in Europe and the United States, the only way to buy Chinese-produced goods that ...
A few decades ago, in Europe and the United States, the only way to buy Chinese-produced goods that were inexpensive and affordable was Made in Taiwan. The food is even more so: the Sichuan mustard and Hunan hot sauce bought in Chinatown are also made in Taiwan, and very few come from the mainland. However, nowadays, Chinese manufacturing can be seen everywhere, which shows that the influence of Chinese manufacturing has been increasing day by day.
Decades ago, it was very troublesome to drink hot water abroad. Due to different living habits and different voltages, you must buy an electric kettle made in Japan that is suitable for two voltages when you go abroad. Now, no matter how long you go abroad, the hotels you live in are basically equipped with electric kettles, all made in China. This is certainly related to the increasing number of Chinese tourists, and more importantly, the cost-effectiveness of products produced in China is gradually improving.
In Africa, people from more than one country told me that if there were no products made in China, they would not be able to buy some products for the rest of their lives. Even the small commodities and handicrafts with local characteristics are already made in China, but the raw materials and styles are no different from the local products. Presumably, this uses China's cheap human resources and production costs. In the first half of the year, at the Yiwu Small Commodity Market in Zhejiang Province, I saw a store specializing in African wood carvings. It was as rich as I saw in workshops in Kenya and other countries, but the price was much cheaper. The owner told me that the wood was imported from Africa and invited African technicians to instruct Chinese workers to produce it. Foreign merchants then purchase from Yiwu and sell them to various countries.
More than a decade ago, Chinese manufacturing had just moved to the world. Due to the lack of core technical strength and production technology, the product grades are generally not high, the lack of China's own famous brands, and some are just simple processing and sample production. The manufacturing conditions of gantry cranes and shipbuilding in large-scale machinery manufacturing, stationery, tableware, and smoking utensils in our daily necessities are all as described above, and they are at the bottom of the market competition. For example, most of the cigarette lighter industry can only rely on China's low production costs at that time, and occupy a small place in the international market at a low price. This production method lacks core technical support and independent brand awareness, resulting in meager product profits and lack of market voice.
However, with the improvement of people's living standards, the traditional way of competition to occupy the market at low prices has been unable to meet people's requirements for the brand and quality of the products they need. In recent years, traditional manufacturing has begun to shift towards high-quality and branding. As a technology-centric and cultural-oriented company, Norman Technology has created an independent brand with core competitiveness, abandoned the traditional way of participating in market competition at low prices, and has mastered the right to speak and initiative in the market. It is a manifestation of the continuous development and improvement of "Made in China" towards high quality and branding.
Nowadays, all kinds of "Made in China" products can be purchased all over the world. "Made in China" is no longer synonymous with cheap and crude, but has become a product with its own brand, core technology and cultural heritage. I hope "Made in China" will get better and better in the future development.
Related Products : Electronic belt lighter 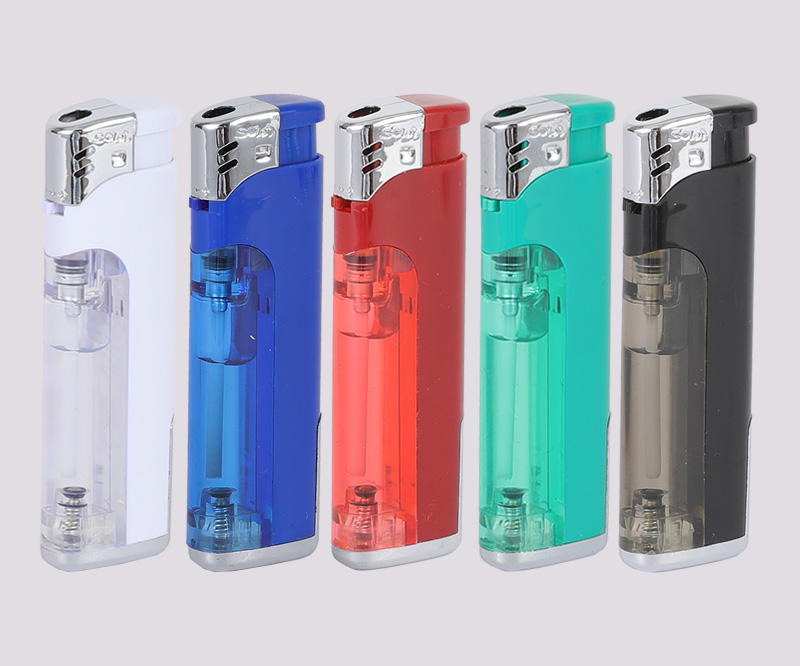